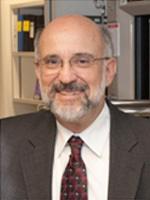 We are pleased to announce that Professor Enrique Iglesia of the University of California at Berkeley is the recipient of the 2019 Michel Boudart Award for the Advancement of Catalysis.

The Michel Boudart Award recognizes and encourages individual contributions to the elucidation of the mechanism and active sites involved in catalytic phenomena and to the development of new methods or concepts that advance the understanding and/or practice of heterogeneous catalysis.

Professor Enrique Iglesia and his research group have advanced the design, synthesis, and structural and mechanistic characterization of solid catalysts for chemical reactions involved in the production, conversion, and use of energy carriers, in sustainable syntheses of chemicals and intermediates, and in the protection of the environment. These advances exploit novel protocols for the synthesis of well-defined nanostructures and isolated uniform sites within porous solids, as well as techniques that probe the local structure and atomic connectivity in these materials, in most instances as catalytic turnovers occur. His research approach, in the spirit and teachings of his mentor, Professor Michel Boudart, is underpinned by chemical kinetics, spectroscopic probes, thermodynamic cycles, transition state theory, and statistical mechanics and quantum methods for the purpose of elucidating the essential features of the relevant surface chemistry and the nature of the required active sites. His most recent work has brought together solvation effects on reactivity and selectivity induced by confinement and by dense phases, whether liquid or adsorbed layers, into a unifying conceptual framework. In doing so, these studies have led to the more accurate and explicit isolation of the respective effects of the binding point and the reaction environment on transition state stability, thus allowing the definition of more complete descriptors of site reactivity in oxidation and acid catalysis. The relevance of his research to the practice of catalysis is evident from his many patents, several of which have enabled improvements in catalytic processes for the conversion of natural gas and oxygenates to fuels and chemicals as well as the broader application of zeotypes in chemical syntheses and environmental control.