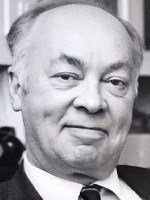 Written by Prof Bond's grandson, J. L. Bond, with contributions from Dr A. O. Taylor and other colleagues. Professor Geoffrey C Bond, PhD, DSc, FRSC, passed away after a short illness, peacefully in his sleep, on 9 January at Watford General Hospital, close to his home in Rickmansworth. 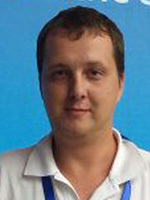 Our colleague and friend passed away at the age of only 37. Yet, he contributed substantially to the field that combines catalysis and magnetic resonance, including the development of NMR signal enhancement techniques for the mechanistic studies of catalytic reactions and operando NMR spectroscopy and imaging of reactors. In 2016, Kirill received the Young Scientist Prize at ICC16 in Beijing, China, and was invited to give a talk at ICC17 in San Diego. Through his research he developed strong ties with numerous collaboration partners in Russia and abroad. In December 2019, he defended his Habilitation thesis and was very enthusiastic about starting a number of new exciting projects. But life decided differently. In January Kirill was diagnosed with cancer, and despite his unwavering resolve and determination to fight the disease, we lost him. His demise is a tremendous grief for his family, colleagues, students and friends. 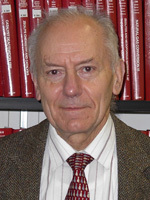 Our colleague, Professor Bernard Delmon passed away on Tuesday April 7 (not from Coronavirus) at the age of 87. Full professor at UCLouvain (Louvain-la-Neuve, Belgium), he has been a major player in the development of heterogeneous catalysis, publishing 18 books and several hundreds of articles. He was doctor honoris causa of the University of Patras (Greece), founder of the journals "Applied Catalysis", "Catalysis Today" and of the series "Studies in Surface Science and Catalysis", initiator of several series of international congresses still running today, member of the Royal Academy of Belgium and had been president of the European Federation of Chemical Engineering. In 1992, he received the prestigious "Alexander Von Humbolt" award. Professor Emeritus of the Faculty of Bioengineers of UCLouvain since  1997, he has inspired generations of students and researchers and founded the research group on heterogeneous catalysis still active nowadays in Louvain-la-Neuve.

May Professor Delmon rest in peace. 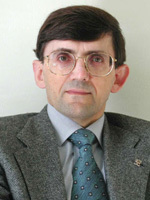 On 3 February, Professor Jose Luis Garcia Fierro died in Madrid, Spain, at the age of 71. Professor Fierro studied Chemistry at the University of Oviedo (Spain) where in 1973 he graduated with honours. In 1976, he received his PhD Degree in Chemistry from the Complutense University of Madrid (Spain). As post-doctoral researcher, he expanded his scientific experience working in prestigious laboratories of University Pierre et Marie Curie (Paris, France), University College of Cork (Ireland) and Université Catholique de Louvain (Louvain-la-Neuve, Belgium). Since 1974 and untill end of his life, he worked at the Spanish National Council for Scientific Research (CSIC) where he developed his passion for scientific research.

Professor Fierro was an internationally recognized scientist in diverse areas of heterogeneous catalysis and solid state chemistry applied to: natural gas conversion, selective oxidations of paraffins and olefins, synfuels, environmental catalysis, catalytic combustion, surface chemistry, heteroatom removal and dearomatization of petroleum feedstocks, fuel cells and hydrogen production. He was a reference in the application of XPS technique for the characterisation of catalytic surfaces and pioneered in Spain the developments of catalytic technologies in C1 chemistry, the set of reactions around methane that allow the synthesis from natural gas of a variety of chemicals and fuels. He was the promoter and leader of the Sustainable Chemistry and Energy Group at the Institute of Catalysis and Petrochemistry (CSIC) which has become an important Spanish research group of renowned international prestige in the areas of heterogeneous catalysis and chemistry of materials and where a large number of national and foreign students have carried out their doctoral work. His broad research, both fundamental and applied, are compiled in more than 1200 papers in renowned specialist journals devoted to heterogeneous catalysis, chemical engineering, materials science and surface chemistry. He has edited a total of 10 books (editor and/or co-author), holds 37 patents, and was plenary speaker at many congresses, seminars and scientific events held in national and international Universities, research centres and companies all around the world. His work was recognised with several acknowledgements: Award on Hydrogen production from Renewable Energies (2004), Senior Research Award of the Iberoamerican Federation of Catalysis Societies (FISOCAT)( 2008), Medal of the King Saud University, Saudi Arabia (2008), Senior Research Award “Miguel Catalan”, Madrid (2008) and Honoris Causa Doctorates from the University of Patras, Greece (2009), the University of Concepción, Chile (2014), and the San Marcos University, Peru (2017).

During his scientific career, Professor Fierro oversaw and inspired more than 100 doctorate, graduate students and postdocs all around the world (USA, Saudi Arabia and especially Latin American countries such as Mexico, Peru, Bolivia, Argentina, Chile, Brazil and Colombia, with which he always kept a special connection). Among his former students and post-doc researchers, there are many scientists who today occupy key positions in national and international universities, industries and different organisations. All of them will remember his brilliant scientific capacity, his meticulousness and patience in the laboratory and his willingness to help. In addition to his scientific accomplishments, Professor Fierro was known for his ability to build and manage successful work teams and create a family environment among researchers. He was a wonderful colleague and friend and one of those rare beings, an exceptionally effective and dedicated scientist, a good and cheerful person and always with time to listen and help others. His human quality was exceptional, valuing everyone's work, from the most important to the least, which made him win the respect for all of us who were lucky enough know and meet him.

May he rest in peace!

His disciples and friends 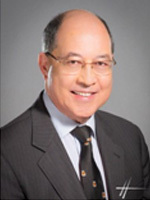 Michel was born in Lyon in December 1941. After obtaining a degree in Chemical Engineering in Lyon, he joined the « Institut de Recherches sur la Catalyse », CNRS Laboratory (IRC) in Lyon. He was awarded his PhD in 1968 by the University of Lyon and subsequently was a postdoctoral fellow at Princeton University (1969–1971) working with Prof J. Turkevich. In 1975, he moved from the IRC to assume the role of professor at Université P. & M. Curie-Paris-6, where he became director of the « Laboratoire de Réactivité de Surface » and in 1995 he became senior member of the « Institut Universitaire de France ».
Michel Che was very active in serving the catalysis and wider scientific community. He was President of the « Catalysis Division » of the « Société Chimique de France » and from 2007-2009 he was Vice-President of « Société Chimique de France» . From 1993 – 1995, he was the President-Founder of EFCATS (the European Federation of Catalysis Societies) being instrumental in initiating the biennial EuropaCat congresses. He was also President of IACS (the International Association of Catalysis Societies) between the years 2000-2004.

He was the recipient of numerous international awards, most notably from China, France, Italy, Germany, Japan The Netherlands, Poland, the UK, the USA and he was a pro-active member of many scientific committees, and in particular in those in China, France, Japan and UK.

He pioneered a molecular approach to catalyst design by bridging the gap between homogeneous and heterogeneous catalysis through the new field of interfacial coordination chemistry based on the combined use of transition metal complexes, specific isotopes and physical techniques. He made a major contribution to the improved understanding of the elementary step occurring at the solid-liquid (gas) interface.

He had especially close ties with China where his father had been born before emigrating to France (Lyon). Indeed, Michel was one of the first foreign scientists who visited China as early as 1977, when China opened up once again to the world. Due to his great contributions to the scientific development of China, and in particular international cooperation between France and China, he was awarded the International Cooperation Award of China which was presented to him by the Chinese President and which is the highest Chinese honor for foreign scientists.

In addition to his significant scientific contributions, Michel was greatly appreciated by all for his human qualities. All his students recognised him as an outstanding mentor. As a chairman of many committees, he used his influence to great effect including by defining research strategies, by promoting international collaborations and by fostering and educating generations of young scientists to become active and leading scientists across the globe. As Sir John Meurig Thomas wrote to me « he was a noble human being and a so fine scientist ».

We shall always remember Michel’s contribution to catalysis and his friendship with great affection. His spririt and soul will remain in our hearts for ever.