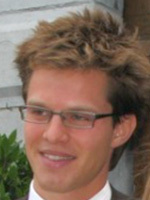 EFCATS proudly announces that the recipient of the 2021 EFCATS Young Researcher Award is Prof. Dr. Maarten ROEFFAERS. The EFCATS Young Researcher Award is sponsored by BASF. Prof. Dr. Maarten ROEFFAERS, a professor at the Centre for Membrane Separations, Adsorption, Catalysis and Spectroscopy for Sustainable Solutions at KU Leuven, Belgium, is awarded for his pioneering work in the applications of single-molecule fluorescence microscopy, stimulated Raman scattering microscopy, and correlative fluorescence and electron microscopies for in situ studying of working catalysts in heterogeneous catalysis down to single-reaction, single-particle, and nanometer resolution, and capable of direct structure-activity correlations down to nanoscale. His research is characterized by great novelty, broad impact, and industrial relevance. In 2015 he was awarded with ExxonMobil Chemical European Science and Engineering Award. The EFCATS award will be presented at the 15th European Congress on Catalysis, Europacat 2023 (Prague, August 27-September 2023), but already being formally given at an online EFCATS event on September 2 (2-5 pm).