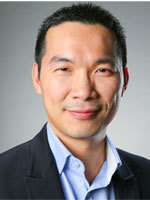 We are pleased to announce that the recipient of the 2015 EFCATS Young Researchers Award, sponsored by BASF and administered by the European Federation of Catalysis Societies is Xile Hu, Professor at the Institute of Chemical Sciences and Engineering of the Ecole Polytechnique Fédérale de Lausanne. The Award will be presented at Europacat XII (Kazan, Russia, August 2015).

This Award recognizes individual contributions in the field of catalysis with emphasis on theoretical or experimental discovery and understanding of new catalysts and catalytic processes, synthesis and catalytic function of novel inorganic solids and complexes, mechanisms of reactions, deactivation phenomena.

Professor Hu is being specifically recognized for his original contributions in the development of cost-effective inorganic catalysts for water splitting reactions and well-defined organometallic catalysts for organic synthesis. His research group is unifying concepts and methods in heterogeneous, homogeneous, and enzyme catalysis to obtain fundamental understanding of catalysis and novel catalysts with superior properties to those in current use. They discovered amorphous molybdenum sulfides as a new class of efficient hydrogen evolution catalysts, and obtained benchmark performance in sunlight-driven hydrogen production utilizing these catalysts. They pioneered the use of single-layered metal oxides as exceptional oxygen evolution catalysts. They developed nickel and iron coordination complexes that have widespread applications in cross coupling reactions. They merged coordination chemistry with chemical biology to obtain molecular-level mechanistic insights of [Fe]-hydrogenase.