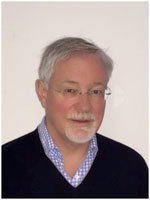 We are pleased to announce that Professor Hans Joachim Freund of the Fritz Haber Institute is the recipient of the 2015 Michel Boudart for the Advancement of Catalysis, sponsored by the Haldor Top-søe Company and administered jointly by the North American Catalysis Society and the European Fed-eration of Catalysis Societies. The Award will be presented at the 24th North American Meeting of the Catalysis Society (Pittsburgh, June 2015) and at Europacat XII (Kazan, Russia, August 2015).
This Award recognizes and encourages individual contributions to the elucidation of the mechanism and active sites involved in catalytic phenomena and to the development of new methods or concepts that advance the understanding and the practice of heterogeneous catalysis. It is meant to recognize individuals who bring together the rigor and the international impact that exemplified the accomplish-ments and the career of Professor Michel Boudart.
Professor Hajo Freund is being specifically recognized for his groundbreaking experimental advances in understanding elementary steps of reactions on catalytic surfaces and for his studies bridging relevant catalysis and surface reactions at single crystal surfaces through the use of novel model catalysts with well-controlled structural features. His research group has synthesized a broad range of relevant mate-rials, such as oxides of Al, Si, Ce, Ca, and V, useful as active materials or supports, with geometric and electronic structures, including surface defects, probed at the atomic level using tunneling and atomic force microscopy techniques. His work has established the state-of-the-art in new techniques and instrumentation and in the use of relevant model systems to establish mechanistic pathways and struc-tural and electronic requirements in heterogeneous catalysis. One example involves the first imple-mentation of electron spin resonance to single crystals, which has enabled the monitoring of the for-mation and reactions of radical species derived from adsorbates and metal nanoparticles on well-defined surfaces. His studies of supported metal nanoparticles (Pd, Au) have led to unprecedented insights into how supports influence the geometric and electronic properties and how dopants influ-ence the binding properties of such nanoparticles, even when dopants reside below support surfaces, through dopant-induced polarons that strongly influence oxygen activation. Recently, his group suc-cessfully prepared hexagonal SiO2 double layers, which allowed the first direct observation of the atomic structure of amorphous silica using tunneling and atomic force microscopy and the synthesis of a two-dimensional zeolite with bridging hydroxyl structures, such as those present in chabazite frame-works.